You know how quite often you see baby boomer men with little tiny thin pony tails and bald every place else? I wonder what the Vikings looked like when they started getting bald?

I thought that I'd do some research into Christmas starting from a pagan holiday and this is the first thing I came across here. It is pretty funny.

Saying for the rest of the week:
That guy has wiener written all over him.
Posted by Linda Fazzary at 1:30 PM No comments: 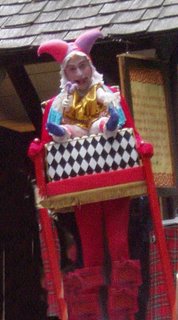 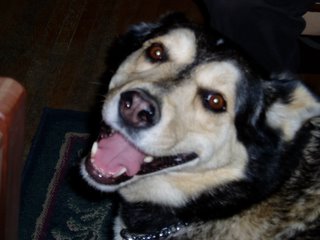 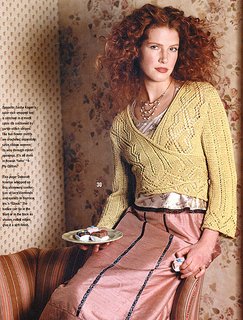 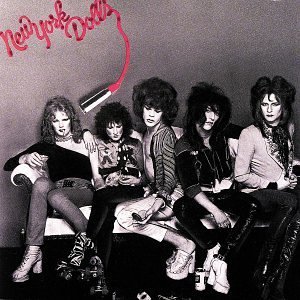 Jab me in the rear with a pointy thing (?)

I read this and thought that it was a pretty accurate description of how my week is starting off so I'm going to make it my saying for the week. This is quite the same idea as my usual saying about the ole hot poker in the eye....

Saying for the week:

Just jab me in the rear with a pointy thing.
Posted by Linda Fazzary at 1:38 PM No comments: 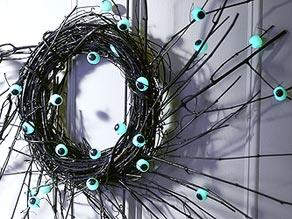 It's been so much fun having TV cable especially after not having TV for years. There are so many home and craft shows on now. And they are on all the time. I am completely in love with this one called "While you were out".
I watched the new Martha show yesterevening for the first time.They made pumpkin raviolis (which are very good with a smoked tomato cream sauce) and this very good looking wreath although the web site photo just does not do it justice because on the show it was awesome. You just jam the twigs through the eye balls. Martha was pretty funny about doing that and described it as if they were the way real eye balls would be and then seemed to gross herself out and added that but of course she doesn't really know what it would be like never having done that.
They had small bags of those eye balls at Target. Should have gotten some along with the tiny rubber rats.
Posted by Linda Fazzary at 11:03 AM 3 comments:

So there's this band that's going to be playing this week. I can't seem to be able to figure out what their name is from what is written about them...but they are (quote) "superstars of Bulgarian "wedding music," a kinetic, rhythmbending cultural force that ricocheted across Southeastern Europe in the 1970s and '80s." (unquote) You can view their album here. You will see that they are four manly type guys. (Click on the photo of the record cover to go where you can hear the song samples)

This is how their music is described:
"Built upon virtuosic technique, inventive improvisation, rapid tempos and daring key changes, “wedding music” is based in Balkan folk music and infused with a riveting mix of jazz and rock, Gypsy, Turkish and Indian music, and pure testosterone. " (me laughing-"Ha! Ha! Ha!")

Well, after reading all that, I was surprised when the first song sample started to play! Click on Lenorije Chaje and listen to the whole snippet... (another me laughing-"Ha! Ha! Ha!")

Testosterone my butt.
Posted by Linda Fazzary at 3:01 PM No comments:

I'm about to figure out how to be able to access my photos on Flickr from the web site but for now here they are http://www.flickr.com/photos/grinzadayglo/
Posted by Linda Fazzary at 10:35 AM No comments:

Is fear a factor for you?

OMG!! I wait all week to watch Fear Factor and it's not even on!!!
AND it wasn't on last week either! 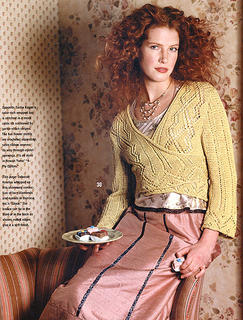 I'm knitting a new sweater.
It's from the Vogue Knitting
Spring/Summer 2005 issue.
Very tricky to knit unless my
COMPLETE attention is on it.
But I'm really enjoying something
so complicated-it's like putting a
puzzle together. (Although I don't
actual like to do puzzles)
Posted by Linda Fazzary at 2:16 PM No comments:

Beautiful day for the start of a beautiful week

At some point I will take the time to figure out the code of this blog so that I can have sections of all my wonderful craftiness projects. And also a header. And, and, and.......
This morning someone on the bus had a big bag withe Delaware grapes, apples, and pears from his farm. Every week something is ripe. The grape trucks from Hector vineyards have been on the road hauling grapes to different wineries around Hammondsport.

Something to look forward to in just three days...my friend David will be here! YEAH! 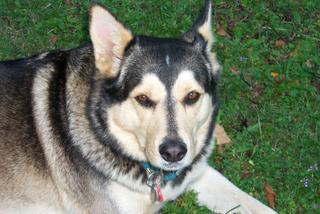 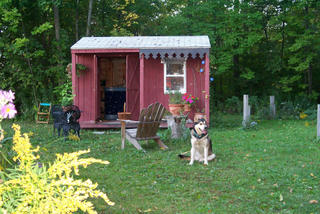 It never seems to amaze me that either absolutely nothing happens or everything happens at the same time. What a pain but better than nothing I guess.

Phrase/Sentence for the week:
Thank you so very much, Asshole.
I was thinking of "Bloated with his own self-righteousness" but that really was more for last week.

My outfit for when I get the the Sausage Caravan going. (Who's that guy in the background?) I think that I have to have one to go with the dress. To accessorize it.

Trying to get this darn blog started

Well I erased what this entry said by accident. I'm getting the hang of it though....
Posted by Linda Fazzary at 12:47 AM No comments: 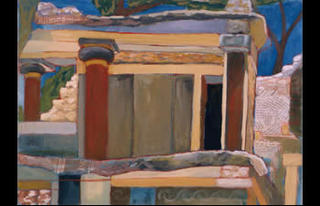 I love Bloc Party. Just writing something to get this blog started.....

I've been listening to Bloc Party. I can't get enough of listening to them. You can download a concert from NPR: http://www.npr.org/templates/story/story.php?storyId=4698503
Posted by Linda Fazzary at 12:53 PM No comments: 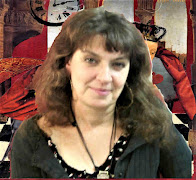 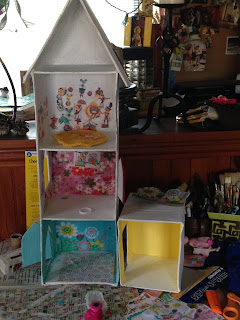